One can only wonder at what has really gone on in a building of this age. Drunken clientele? Of course. Murder? Perhaps. Treason? Yes. Pirates at the bar? Yes. Violent Highwaymen secreting their ill-gotten gains in hidden rooms? Yes. Election corruption with voters being held against their will? Yes! From vagabonds to merchants. From artists to noblemen. Authors to fishermen. Farmers and shopkeepers to Lords and Ladies. The British Public House is the greatest leveller of all people throughout the long history of our Island. Anyone is welcome to walk through the door. They have. And they do! 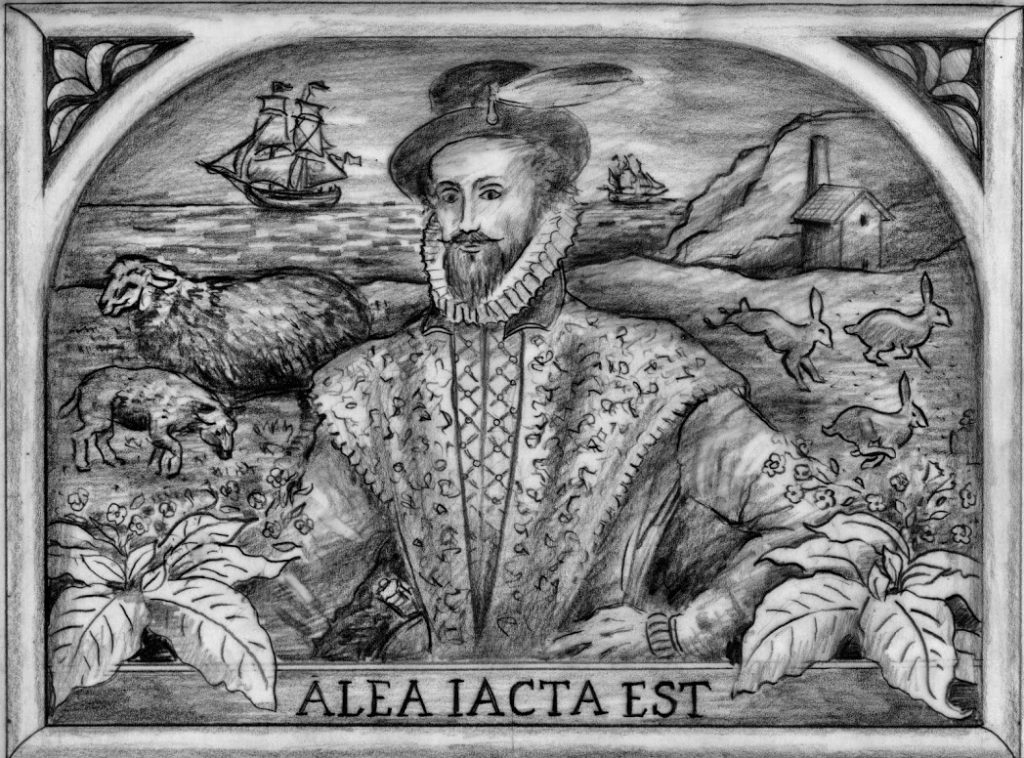 The Old Exeter Inn is very likely to be the 5th oldest Inn in the United Kingdom.

Built in 1130 a.d to house the workers of St Andrews Church, directly opposite, Old Exeter Inn was originally known as the Church House Inn and is also the oldest building in our ancient stannary town. Sir Francis Drake who was a pirate in the employment of Queen Elizabeth I was a regular drinker at the Exeter. He was a friend of an explorer, spy, politician, writer and poet called Sir Walter Raleigh. They enjoyed regular drinking sessions together beside the huge fireplace in the front room.

Sir Walter is a famous son of the Old Exeter Inn. The liberty of this remarkable man was taken right here in July 1603

Walter Raleigh was knighted by Queen Elizabeth I in 1585 after he rose rapidly in her favour as a landlord of property confiscated from the Irish. In 1594, Raleigh heard of a ‘City of Gold’ in South America and set sail to find it, publishing an exaggerated account of his experiences in a book that contributed to the legend of ‘El Dorado’ (modern day Venezuela).

However when the Queen discovered that he had married Elizabeth Throckmorton, one of her ladies-in-waiting, without her permission she sent him, for the first time, to the Tower of London. She only released him when one of his ships returned with a huge treasure from the New World!

In 1603 Queen Elizabeth died and was succeeded by King James I. The new King was eager to make peace with the Spanish. He was also not favourably disposed toward Raleigh.

Sir Walter then became embroiled in a plot against the King and after a huge manhunt, was tracked down to Old Exeter Inn at Ashburton on 19th July, 1603. He was arrested inside the Inn on a charge of Treason Against The King. He was taken to the Tower of London and formally charged for his part in the treacherous act. He was tried in the Great Hall of Winchester Castle on 7th November, 1603. Raleigh’s luck hadn’t abandoned him entirely. He was found guilty but the King spared his life. The Tower then became his home for 13 long years.

Whilst at the Tower, Raleigh wrote the first volume of ‘The Historie of the World’ – about the ancient history of Greece and Rome (first published in 1628). Then in 1616 he was released to lead a second search for ‘El Dorado’. The expedition was a failure. Raleigh then defied the King’s instructions by attacking the Spanish. At this point his luck was truly out. On his return to England an outraged Count Gondomar, the Spanish Ambassador, successfully demanded that King James reinstate Sir Walter’s death sentence.

Sir Walter was brought to London from Plymouth by Sir Lewis Stuckley, and passed up numerous opportunities to make an effective escape. He was beheaded at Old Palace Yard, Westminster on 29th October, 1618. “Let us dispatch”, he said to his executioner. “At this hour my ague comes upon me. I would not have my enemies think I quaked from fear”. After he was allowed to see the axe that would behead him, he mused: “This is a sharp Medicine, but it is a Physician for all diseases and miseries”. A documented reference from the day of his execution noted that Lady Raleigh and her ladies left the scene carrying Sir Walter’s head in a red bag. It was said that she had her husband’s head embalmed and carried it around with her for the rest of her life.

The building was erected to house the men constructing St Andrews Church, directly opposite. After a few years it became a ‘church house’. These properties were used by the Church to raise funds by brewing and selling ale. This was carried out by Ale Wardens who were employed by St Andrews, collecting money from the parishioners to finance the brewing of ale which was then sold to make a profit for repairs to the Church, bells and to help the needy. At this time the Exeter was formally known as the Church House Inn. Accounts discovered from 1479-1580 record receipts from the sale of ale and brewing in the Church House. Also details of rent and listed expenses for repairs. In 1491-92 there are expenses ‘for laths and lathenayle (wooden roof lats and nails) for the Church House – 14 1/2d’. It later changed its name to Old Exeter Inn when the principle patron of the region became the Bishop of Exeter. For almost 900 years this building has been producing and selling Ale. Remarkable!

Our medieval ale house was given a new frontage and raised roof in Georgian times (around 1750 a.d) but much of the original interior remains, including the large granite chimney piece with its chamfered lintel on big round corbels. It is officially classed as being a two roomed cross passage, or direct entry storeyed house! There are small, dark rooms with low ceilings to the front and back of the Inn which hold the mysteries of time. But buildings like these are never ‘pickled in time’. They are living, breathing things that evolve and should be loved and cared for. Ours is part pickled we must confess! Pickled in ‘Old’. On a personal note, if you need to confess, there is even a Confessional to do it in!

Black Mob. Evil on the High Roads and at the Old Exeter Inn!

On 23rd October, 1779, Captain George Mckinley of the Light Dragoons, had his eye on Old Exeter Inn. “Heinous Acts of Violence upon Innocent Travellers” had been committed on the High Roads between Ashburton and Bovey Tracey in the County of Devonshire. A certain Bartholomew Poultney, also known as ‘Black Mob’ was behind the robberies. He was in business with the Landlord of Old Exeter Inn and their ill-gotten gains were ‘secreted away in ingenious hiding places within the fabric of the house – namely Old Exeter Inn’s Hostelry’. A ‘watch’ was put upon Old Exeter Inn to apprehend the culprits! Black Mob discovered that crime never pays. His Sentence: To be hung by the neck until dead.

Thousands of captured frenchmen were imprisoned in Devon during the Napoleonic wars which, off-and-on, ran between 1803 and 1815. Eleven thousand of them died here during their incarceration and are buried in mass graves at Dartmoor prison. So too are 271 American sailors captured during the 1812 American war.

Ashburton became a kind of Open Prison for the French and the prisoners were allowed to live quite normal lives but obeying the strict rules of not going beyond certain boundaries.

Beautiful items have been discovered in the eaves of the roof at the Old Exeter Inn. A pair of tiny shoes (possibly children’s shoes), a small glass bottle, a marble, a clay pipe, a metal clasp, pot with date and a small dish. It was European tradition to put personal items in the eaves. It is possible that French POWs were living at the Inn. Perhaps a child had died here and the little things were a send off (marble, shoes, dad’s pipe). Who knows?

Something nice for a change

In 1841, sixty-four elderly men were given a dinner at Old Exeter Inn and at three other Inns (The Red Lion, The Golden Fleece and The Culloden Inn) – all now vanished. The collective ages of the sixty-four added up to 4473! A ripe old age indeed. “Thus ended one of the happiest weeks the Ashburton Reformers ever witnessed”. A happy occasion indeed. The names of the Innkeepers were Bowden (Old Exeter Inn), Lukey (The Red Lion), Perkings (The Golden Fleece) and Smerdon (The Culloden Inn).

The Old Exeter Inn is a haunted house. Hardly surprising given its age and history. It is said that the ghost of a child walks the staircase of Old Exeter Inn, often on stormy nights. Dressed in a white silk nightdress holding what appears to be a small book, the girl is no older than eight or nine years. ‘The White Child’ was last seen by the Landlord’s wife in May 2019 on the top floor.

In trouble with the Law again. And the ultimate Law. God!

In 1848, the Churchwarden of St Andrews, a certain Mr Cockey, took Mr John Luscombe, a beer retailer of Old Exeter Inn, to Court for selling liquor during the Divine Service. Eleven men were discovered to be drinking beer and cider in the Defendant’s kitchen at half past eleven on a Sunday morning! The Chairman, fining Luscombe with 10s costs, said that other Churchwardens should be as vigilant.

Living in the 21st Century we are used to the abuse of power by those who hold it. The good news is, this is nothing new! In 1859, William Adams is described as keeping Old Exeter Inn. He was witness to alleged corruption at an election. He said that both sides used the Inn, and that watchers were employed ‘to prevent voters being taken away’. Read into that what you may! Order…Order…

The layout of the Inn has changed over the years. As recently as the 1920’s, horses used to be brought through the front door of the Inn, all the way to the back where stables were in our high-walled garden! In fact our garden wall is very old and of Cob construction. We have Solitary Bees living in there too! There were a number of rooms. A Lounge in the back room. A Bar and Bottle Shop at the front. The shop was a hatch in the corridor that was used as a ‘takeaway’ for beer and cider. You would often bring your own bottle to be refilled. There was also a TV room in the 1960’s. The building was extended to the rear in the 1990’s. Old Exeter Inn carried out its basic function as an Inn providing food, drink and a comfortable bed for the night.

The future of the Old Exeter Inn

The Inn is still family-owned as a private business. There is no evidence that the Old Exeter Inn has even been associated with, or owned by, a Brewery (with the exception of the Church a very long time ago!). We are proud that the true ‘Free House’ lives on. Restoration work began at the Inn in 2019.

Please get in touch with us if you have any stories or memories at the Old Exeter Inn. This is a work in progress, rather like history itself! 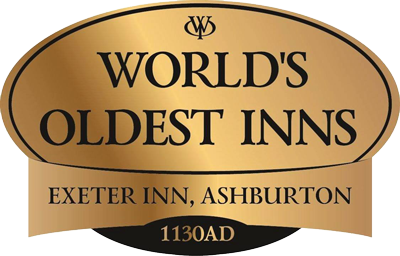 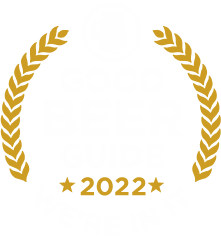 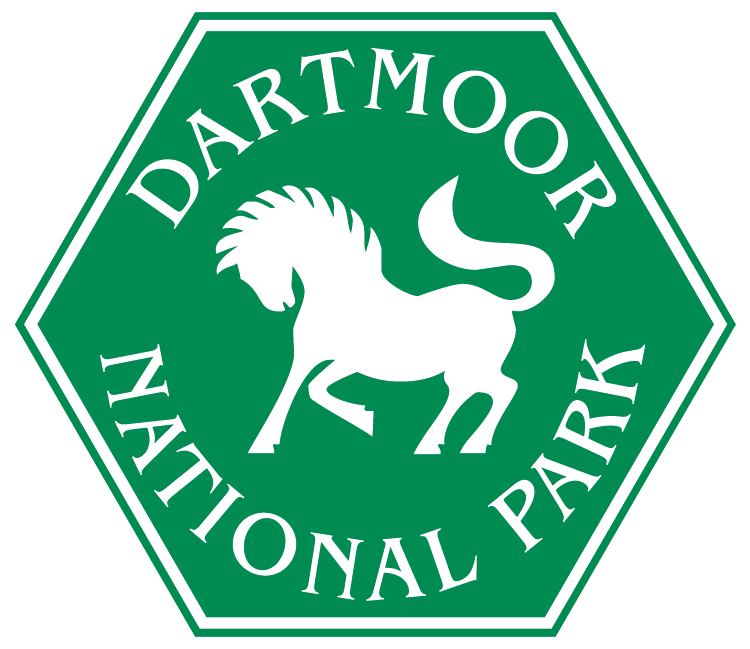 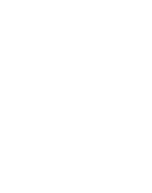 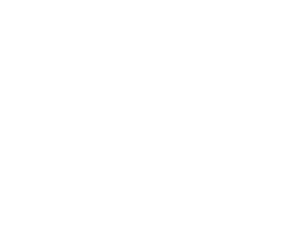 We care about the environment. We are a ZERO WASTE TO LANDFILL business.

We care about the environment.
We are a ZERO WASTE TO LANDFILL business.

We care about the environment. We are a ZERO WASTE TO LANDFILL business.